[introduction to the collection]: during the Xuande period of the Ming Dynasty, Xuanzong Emperor Zhu Zhanji saw that the Jiaotan ancestral temple and the Dingyi (general name of ritual utensils, food utensils, etc.) displayed by the inner court were not ancient, so he was interested in restoring the ancients. Therefore, in the third year of Xuande (1428 AD), he instructed LV Zhen, the Minister of industry, and others to imitate the archaeological map and Bogu map of the Song Dynasty The shapes of Shang and Zhou bronzes recorded in various books and the elegant styles of famous kilns stored in neifu cast antique bronzes (ritual utensils for sacrifice and life), such as one of the holy edicts: "... Gongliang copper, Jue horn, wind polished color and the same Yang, can be used to cast Dingyi under the Minister of the Ministry of rites. I read that the display of Dingyi style fan in the inner court of Jiaotan Zong temple is obscene and not enough to match... If it should be cast again, the utensils, pots, Zun, Zu and beans can be made by imitating the ancient fan. On the day of completion, the supervisor of the Department of rites of Taichang Temple of the Ministry of rites, together with the Ministry of works, inspected it and presented it... Qin here". The Ministry of works immediately ordered to cast it. 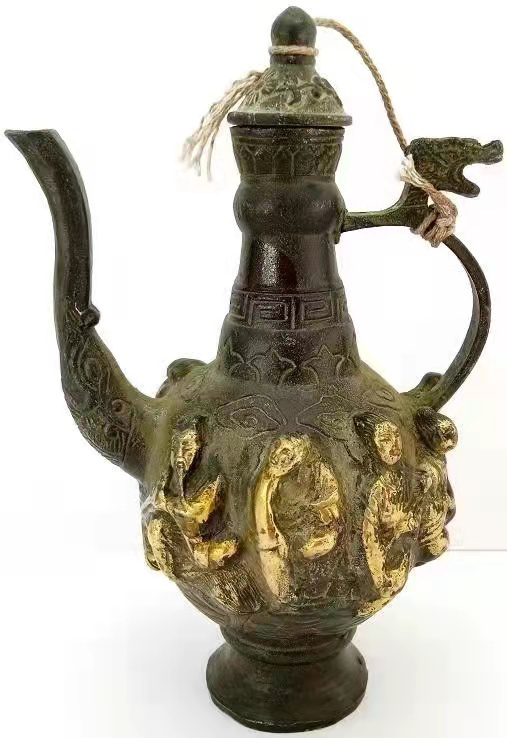 This batch of bronzes used more than 30000 Jin of wind polished copper, which was brought back by Zheng He from Siam (Thailand) in the early Ming Dynasty ("from 1405 to 1433, Zheng He successively went to the West for seven times, lasting more than 20 years, and experienced more than 30 countries in Asia and Africa... At the same time, he also imported a small amount of production materials, such as copper from Siam."

At the request of emperor Xuande, the ancient copper alloy smelting technology in China was pushed to a peak. The foreign copper brought back by Zheng He from the distant west after thousands of difficulties and dangers was cast after twelve times of refining. Its material value was several times higher than that of gold at that time. Moreover, emperor Xuande personally supervised and accepted these bronzes, which cost a lot of material and financial resources, More than 30 ministers of the central court alone participated in the supervision and management. In addition to keeping part of the bronze wares for the court, they were also divided into royal houses. He pioneered a generation of bronze ware and reached the extreme of China's ancient copper alloy technology. It is an unprecedented initiative and has far-reaching historical significance.

The charm of culture and art has infected generations of dignitaries, scholars and scholars, from emperors, generals, merchants to ordinary people, all of whom are convinced by the charm of Xuande bronze ware. Xuande bronzes are fine and fine. Strange luster can be found in the dim place. No wonder Yu Qian, the Minister of Mingjing Thai military department, commented on the beauty of Xuande bronzes: "the color is like gold and the sound is like chimes". 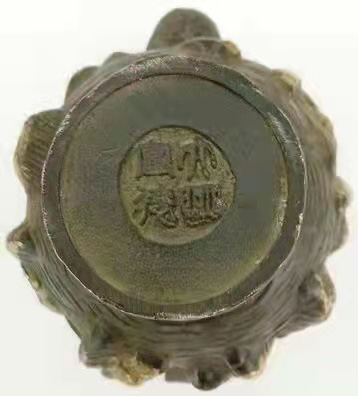 The eight immortals dragon and Phoenix pot was designed and supervised by Zhu Zhanji, Emperor Xuanzong of the Ming Dynasty in the third year of Xuande of the Ming Dynasty. It is also a wine pot used by the emperor so far. The figure of the Eight Immortals crossing the sea is hand polished by casting artists. The art is smooth, and the lines are stable and generous as a whole. The mouth of the pot is decorated with a crown Yanghua pattern, the dragon head is powerful, the mouth of the pot is decorated with a beautiful phoenix pattern, and the mouth of the pot is slightly flat at the mouth of the pot. The traditional characters at the bottom are big Ming Xuande, big character human modeling, strong and powerful Ming characters, and the xuanzi points are not horizontal and vertical to the end. The German characters are traditional ancient Chinese, which are top-grade, unforgettable and of high collection value.